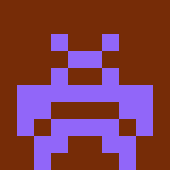 by Brian A | About the Author

New? Start here. | This post contains affiliate links. That means that we receive a commission for purchases made on them (more info).
Share
Tweet
Pin
This Hopsy review will be looking at one of the most innovative beer delivery systems on the market today.

Beer might be one of humanity's oldest agricultural inventions, but it's good to see that we're not resting on our laurels when it comes to getting tipsy.

Take a look if this you'll be excited about this one. You would want to know if this is will prove that Hopsy is one of the best beer of the month clubs, or if the program is all just a bunch of hype.

In the "beer at home" world, there are usually only a couple of options. First, you can go the traditional route of getting yourself a six-pack of cans or bottles, crack one open, and consume.

Or, if you're a real aficionado, you can have a kegerator. A kegerator is a dedicated mini fridge that is hooked up with co2 and a keg of beer so you can have draught beer on tap in your own home.

This latter step is a serious commitment to beer, and will often run up against your commitment to basically anything else in your home. Your significant other for example.

Hopsy is a subscription service coupled to an ingenious piece of hardware that bridges the divide between the mundane six-pack experience and the, often difficult to sell, kegerator experience.

What makes it an attractive alternative to the kegerator route is the "mini-keg" delivery. With a kegerator, you're committing to gallons of beer at one go. That can be a dodgy proposition, as it means you're going to need to be drinking at quite a clip to consume enough beer before it goes bad. Hopsy solves this.

Each mini-keg is just four pints, so there's no reason you're going to be stumbling over anyone's "problem drinker" tripwire. Everything in moderation, and moderation is where they shine.

The monthly subscription is going to set you back $60, and that will get you four mini-kegs. This means you're getting a solid variety of drought beer in your kitchen for about $4 a beer. Not too shabby.

Once you've got the hardware, you're also able to pick up ad hoc, one off, mini-kegs to fit your needs for around $20 each. So, really, there's no reason not to have draught beer in your home.

Here's a quick look at what has been on offer lately.

They promise to deliver draft beer to your door on a completely reasonable monthly budget.

Since you want to get the best beer experience for your hard earned dollar, here is our complete review with what we love about the service, along with what we're not huge fans of.

That way you can decide if it is the right way to get your buzz on.

4 Things To Love About Hopsy

Joining the club really does have a number of upsides. It's becoming part of a community of beer enthusiasts. Let's look at some of the reasons you'll really love what they're doing.

Hopsy is serving up great beers. They're heavy on IPAs at the moment, but they are expanding and expanding rapidly. Since each mini-keg is only four beers, there's no reason not to go all in on joining the club. You can really learn something about beer without having to commit to several gallons of beer you may not like.

2. Not limited to alcoholic options

You'll love that they are serving up cold brew coffee kegs and kombucha for those who don't always need an alcoholic buzz.

See these options doubled down on in the future, but subbing in a keg of kombucha in lieu of an IPA is a nice change of pace.

These mini-kegs are only four pints per mini-keg. That's absolutely fantastic. It means you're not committed to consuming too much.

Each mini-keg lasts up to two weeks once tapped, so there isn't any reason to consume the whole thing in one sitting. This makes it a great option even if you're all by yourself.

The kegs are sealed aluminum, so, the ones that you're not tapping have an almost indefinite shelf life. So, feel free to stockpile for the coming apocalypse. Beer is going to something you want during said apocalypse.

There's really nothing you might love more than the convenience of this system. Hopsy gives us the ability to come home after a hard day at the office, or wherever you spend your days, pour a pint, and unwind.

Sometimes you don't want to go out to the bar. Catch up on the news. Have a pint while making dinner. Have a pint before jumping on the peloton. A cold draught beer is just about the perfect prelude to any activity.

The possibilities are endless.

2 Things Not To Love about Hopsy

This review has sung a number of praises for the club, but nothing is perfect.

For right now, here's a couple of things you may not be huge fans of.

There is always a possibility of this whole thing not reaching a critical mass and going belly up. If that happens, the SUB Draft System would just serve as a conversation-starter piece of ornament in the kitchen counter.

Thankfully, this is just a nightmare scenario, so, we're not there, but come on, the fact that it only works with these mini-kegs is a bit of a concern.

Hopsy, by its very nature, is a boutique beer system. Which is good. What's bad though is there isn't a mass-market, fizzy yellow beer, you can serve your friends during the Superbowl.

Or on a Wednesday. Who cares when I'm serving it?

Sometimes you don't want to foot the bill for your buddies chugging craft beers at $4 a pop. It'd be nice if you could serve them a nice frosty draft beer that wasn't quite so erudite. My friends don't always deserve that. And my friends of friends never do.

Pros vs Cons of Hopsy

Take a look at some of the pros and cons of this subscription service.

The main club is where the magic is. That said, you can certainly buy mini-kegs one off as we've discussed above.

It's an alcohol delivery, so you'll need to have someone 21 or older to sign for it. As such, they recommend that you send it to your office if you're not home. If you live in an apartment, have your management company sign for it.

Someone has to sign for it. No way around it.

So, when push comes to shove, is Hopsy really worth your coin?

If you want a variety of delicious craft beer, on draft, in your home, you can't beat Hopsy. At four bucks a beer (and less with the numerous sales they seem to run), you really can't replicate the experience of draft beer for less.

You can create an account through your Facebook login, or through your email address. Upon entering your address, Hopsy will double check that they deliver to this address before sending your libations off into the ether.

2. Invest in the Draft Device

No getting around this, but when you amortize it out, you should be happy with the investment. Start with your 2 mini keg kit.

3. Decide if You're a Club Member or an ad-hoc purchaser

If you're joining the club right off the bat, fill out your flavor profile to get started with a curator.

If you already know what you like, you can go right to the store page to buy your draft device with your first 2 mini kegs included. After that, hit up the store to start picking and choosing.

If you're ordering alcoholic items, remember you're likely going to need a signature.

Hopsy provides lessons right on their website to get you pouring the perfect taproom pint.

Don't want craft beer on tap? Okay, that's fine. We've looked long and hard at some other beer of the month clubs that should resonate.

Well, there you go, a Hopsy review. The review has put the club through its paces and found that it really is one of the best beer of the month clubs. Sure, there's a bit of an upfront investment, but can you really put a price tag on home draught beer?

Of course, you can. Hopsy has done it and they've done it reasonably.

Let us know what you think in the comments. Make sure you have a pint in hand while doing so. 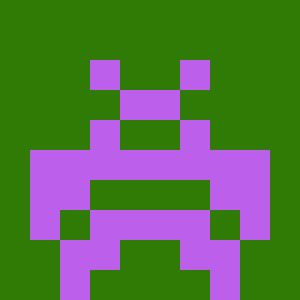 Brian is the ultimate foodie, expert chef, and barbecue master. He grew up watching his dad work in the kitchen of a restaurant that their family previously owned. Out of this, he has a deep love for the food, wine, beer, spirits… and all things that taste good and bring people together. 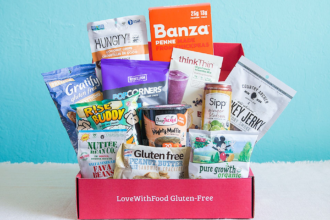 In this Love With Food review, you'll learn everything you need to know about one of the few premium snack subscription boxes that really gives back to the communities it serves. With a focus on clean, healthy ingredients and a compelling commitment to making the... 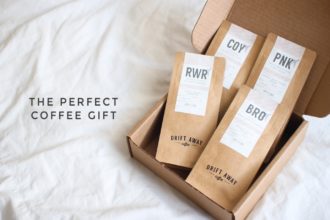 Driftaway Coffee Review - Is this coffee plan worth it?

In this Driftaway Coffee review, you'll be introduced to a new coffee subscription service that connoisseurs and amateur coffeeholics alike are falling in love with. If you're on the quest for that perfect cup of coffee, Driftaway Coffee will let you taste all kinds... 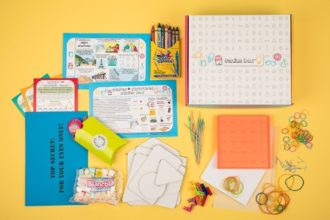 Genius Box Review - Is this educational subscription for you?

This Genius Box review sets out to prove that not all direct to consumer subscription boxes are targeted at adults. In fact, this one is targeted at fairly young school-age children. The team at Genius Box is looking at an untapped market that is really coming into... 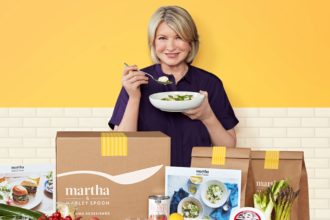 Marley Spoon Review - Is this a great meal plan?

If you want to know if Martha Stewart's foray into the world of meal delivery services is the right one for you, well this Marley Spoon review has you covered. It has all the information you need to make the call as to whether you should be inviting this culinary bad... 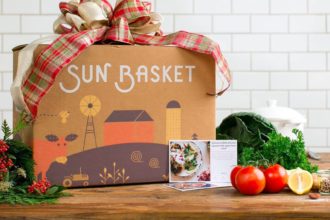 Sun Basket Review - Is this a great meal subscription?

If you're looking to eat healthy at home, without boring yourself or breaking the bank, this Sun Basket review is for you. This meal kit's all-organic produce and quick, convenient recipes easily make Sun Basket one of the best meal subscription boxes for... 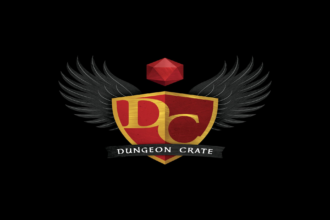 If you're a fan of tabletop gaming, you'll love this Dungeon Crate review. These subscription boxes provide you with everything you need to take your gaming experience to the next level each and every month. Whether you play Dungeons & Dragons, Pathfinder, or... 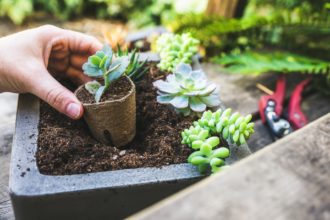 Succulent Studios Review - Is it a great succulent box?

If you're crazy about succulents, you need to check out this Succulent Studios review. It's a subscription box unlike any other, and it'll provide you with two baby succulents each month. Sign up, and you can slowly build your collection while learning how to care for...